The Life of William Tyndale – Part 1 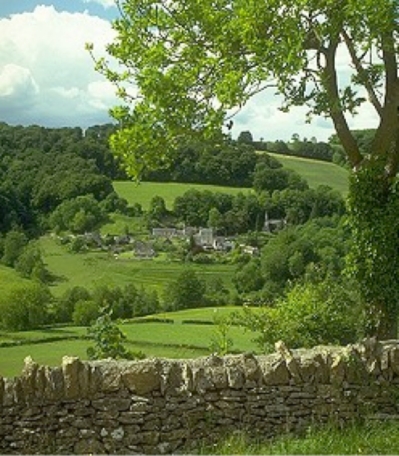 Among many Christians the King James Bible is considered to be the standard of accuracy and scholarship. Yet, nearly eighty-five percent of its majestic prose of the New Testament is the work of an individual who labored nearly ninety years before its publication. That individual was William Tyndale and he can rightly be considered as the foremost translator of the English Bible from the Greek language.

However, he was not the first to translate the Bible into the English language. That honor goes to John Wyclif who lived in the 14th century. However, the work of Wycliffe was restricted to manuscript copies because printing by moveable type had not yet been perfected and it was, in reality, a translation of a translation because Wycliffe and his associates translated from the Latin Vulgate.

After Wycliffe’s death in 1384, and he died officially orthodox as a member of the Church of England, the English clergy made a monumental error. In a series of decisions known as the Constitutions of Oxford promulgated in 1408 under the direction of Thomas Arundel, the Archbishop of Canterbury, Convocation declared that no person could possess a copy of the vernacular Scripture, i.e. the English Bible, apart from the permission of the bishop. The English Bible would remain illegal for nearly one hundred and thirty years and William Tyndale would live his entire life during the period when the English Bible was proscribed.

Our information concerning the birth of Tyndale and his early life is scanty indeed. No one can state with absolute certainty the year of his birth. Surmises of the time of his birth vary from 1490 to 1496. However, recent scholarship has settled on the year 1494 as the probable date and appears to fit better with the known facts of his life.

Not only is the exact year of his birth a matter of uncertainty, so also was the place of his birth. Rather than go into detail concerning the various places that have been set forth as his birthplace, evidence indicates that he was born in the village of Slimbridge in the Cotswold region of Gloustershire, England.

At that time, Gloustershire was the center of the English wool producing industry. A society had been formed known as the Merchant Adventurers who invested heavily in this business and carried on trade with weavers in the Low Countries where the wool was woven into cloth. English wool was deemed to be the best in the world and a very lucrative alliance was formed between the producers in England and the weavers in the Low Countries. Tyndale would later profit by his association with the Merchant Adventurers due to their willingness to help smuggle New Testaments into England. He also would reside for a number of years in the Merchant Adventurers’ House in Antwerp that provided a secure place of residence. Those who were domiciled in the house enjoyed diplomatic immunity and could not be arrested although in Tyndale’s case this immunity was violated as we shall note in due course.

Information is nearly non-existent regarding his upbringing and there is a paucity of information regarding his parents. We know that he had two brothers who later would be changed with helping him in his work.

Whether or not the above statements can be proven beyond a shadow of doubt, there is no question that in 1508 at the age of fourteen, Tyndale entered the Magdalen School at Oxford University. It was an exciting time at Oxford even though it was considered to be more conservative than Cambridge University. Although the scholars of Cambridge would later take the initiative to carry out the reformation in the English church, the palm must be awarded to Oxford for its beginning.

Closely connected with events taking placing at Oxford to reform the church was the recovery of the Greek language. Erasmus, the great Humanist scholar, had spent time at the university. At that time, he did not know Greek but was urged to learn it by John Colet. Colet had studied in Italy and returned to his native country to direct St. Paul’s school. However, his greatest contribution was to begin a series of expositional teachings from Paul’s letter to the Romans. From the distance in time that separates us from Oxford at the beginnings of the 16th century; it may appear almost incredulous that the teaching of a Bible book could create such excitement. But such indeed was the case. Rather than giving a summary of the book as interpreted by the church fathers and medieval theologians, Colet dealt with the actual text of Scripture. This was revolutionary and fulfilled the maxim of the Humanists of Ad Fontes or back to the original sources of the teaching.

The Word of God, when taught in this manner, was fresh and living. The arid air of scholastic explanation had to give way to the voice of the Holy Spirit speaking in Holy Scripture. As a result of Colet’s work, an intense study of Greek began at the university.

It was the day of small things because the study of the Scriptures apparently did not influence the teaching of theology. Tyndale is reported as saying that while he enjoyed the study of Greek during his years at Oxford, he did not appreciate the theology.

In due course, Tyndale received his Bachelor of Arts in 1512 and then began the study for a position in the church. As a result of three additional years of training, he was awarded the Master of Arts in 1515. As one who had graduated Master’s he would have been required to teach for a year at the university.

Thus around the year 1516, Tyndale had completed the educational requirements for ordination to the priesthood in the Church of England. There would have been several avenues that would have been open to him including taking the oversight of a local church as its vicar or pastor.

However, in the event, his next place of residence proved surprising. We will resume his life in our next installment.

Next: The Life of William Tyndale – Part 2: Tyndale at Cambridge