The Life of William Tyndale – Part 4 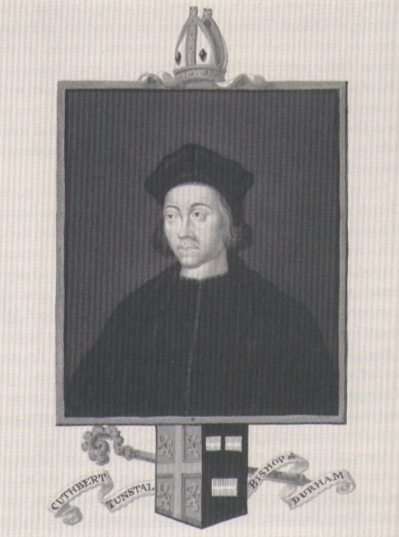 In the rehearsal of William Tyndale’s period of residence in London, we have as many of the original sources as for any time of his life. In his prologue to the books of Moses, published in Antwerp in 1530, Tyndale recounted the events that led him to London. As a result there are many who believe that Tyndale first formulated his plans to translate and print the New Testament while at Little Sodbury. Whether or not this is the case, there is no doubt that what he experienced at Little Sodbury was a confirmation of the desperate condition of those without the Word of God in their native language.

We believe that events at Little Sodbury merely confirmed his desire to translate the Scriptures. Even from his days at Oxford, Tyndale had seen the results of the ignorance of God’s Word. This applied not only to the lay people but to those who were in the process of being trained to be spiritual leaders. He remarked in his exposition of John’s first epistle about the time that he heard a clerk prove that Christ was a true prophet by the authority of John the Baptist and then prove that John the Baptist was a true prophet by the authority of Christ. Such use of Scripture never dealt with what the Scriptures taught about the way a person could come to know God and receive true forgiveness of sins.

This way of dealing with the Scriptures was reinforced by the method of training priests. They were not permitted to study the Word of God until they had been taught six, seven, and even eight years in heathen philosophy. Upon the reception of their first degree, they had to swear that they held no opinions condemned by the church but what opinions the church had condemned were unknown to them. In Tyndale’s view, the Scripture was locked up by false expositions and false principles of natural philosophy.

Thus we can see the force of Tyndale’s vow to make the boy that driveth the plough know more of the Scripture than the priests because the simple fact was that the priests did not know the Scripture. Frequently, we will find Tyndale using the idea of a “key” to unlock the meaning of God’s Word.

In the Preface to the Five Books of Moses to which we are making reference, we have probably the clearest statement of Tyndale’s ambition. Note carefully his words:

Which thing only moved me to translate the new Testament. Because I had perceived by experience, how that it was impossible to establish the lay-people in any truth, except the scripture were plainly laid before their eyes in their mother-tongue, that they might see the process, order, and meaning of the text: for else, whatsoever truth is taught them, these enemies of all truth quench it again, partly with the smoke of their bottomless pit, whereof thou readest in Apocalypse, chap. ix. (that is, with apparent reasons of sophistry, and traditions of their own making, founded without ground of Scripture,) and partly in juggling with the text, expounding it in such a sense as is impossible to gather of the text, if thou see the process, order, and meaning thereof.

In the above quotation, written nearly seven years later and after he had translated the New Testament at Worms, we can discern the noble aim of Tyndale. It was not only that the lay-people did not, nor were permitted, to have the Scriptures in their mother-tongue, those who were charged with the responsibility of teaching them were totally unqualified and inadequate for the task. Let us follow Tyndale as he made his way to London. He had come with a well thought out plan. By common knowledge, Cuthbert Tunstall, the Bishop of London, was a learned man himself and friendly to the advance of knowledge. Thus, armed a letter of introduction from Sir John Walsh and an English translation from a portion from Isocrates, a Greek poet, he made his way to Sir Harry Guildford, the keeper of the horse. Guildford received him kindly and said that he would speak on his behalf to Tunstall. Tyndale then penned a letter and carried it in person to Tunstall’s palace at Saint Paul’s church. He gave it to the bishop’s servant, William Hebblethwaite and requested an interview with the Bishop.

How long this process occupied is difficult to say, but in due course, probably September of 1523, Tyndale secured his interview with Tunstall. Unfortunately for Tyndale, he could not have come at a worse time. It was a time of great political turmoil because Cardinal Wolsey, the Lord Chancellor, had summoned Parliament to meet. Due to Wolsey’s folly of wasting a fortune on two wars, he needed the additional sum of eight hundred thousand pounds to wage yet another campaign. The Commons, under the leadership of Thomas More, the speaker, resisted this exaction but finally agreed to pay half the sum over a two year period.

If that were not sufficient to roil the entire nation, Convocation, the meeting of English clergy, was forced to grant a heavy tax on every benefice in the country. London was seething with resentment at Wolsey, who now became the most hated man in the country. As Bishop of London, and in reality fulfilling a dual role in both the Church and State, Tunstall was deeply involved in the events.

Thus when Tyndale, a perfect stranger to Tunstall, and of no reputation appeared before him with the request to live in his palace and translate the Scriptures, contrary to the Constitutions of Oxford that forbid vernacular versions and were still in effect, it should create little wonder that Tunstall was not open to Tyndale’s request.

Whether or not, Tunstall’s reaction would have been different were conditions not as critical, is a question that probably cannot be answered with certainty. From all that is known of the man, Tunstall was a kindly person, a great scholar and an outstanding mathematician who wrote a book on the subject that was the standard for decades. However, at the moment of decision, he rejected Tyndale’s plea.

After the Tyndale New Testaments would be smuggled into England, Tunstall would be a determined opponent. He was responsible for the burning of the Scriptures and would incur the implacable disapproval of Tyndale who would call him a ducking hypocrite.

Whether or not Tyndale was naïve in believing that he, an unknown person, could persuade one of the most powerful persons in the Kingdom to grant his request is an open question. Many scholars of this period of history are convinced of this. However, from Tyndale’s perspective, it may have appeared as the climax of the entire situation. The lay people were perishing because of ignorance of God’s Word; their shepherds were disinterested in their spiritual condition and unqualified to help them. Finally, those who were in positions of authority and could help ameliorate the situation appeared indifferent.

Although it is said that during the time that Tunstall was bishop of London, not one person was sent to the stake for heresy, he must be placed on the side of those who stood in opposition to the circulation of the Scriptures. It is a reminder of the great responsibilities of spiritual leadership and squandered opportunities. What would have been the course of English history had Tunstall taken Tyndale under his patronage and aided him in the work of distributing the Word of God?

Obviously, such questions can never be answered but it is certain that Tunstall missed a great opportunity to be a true benefactor of the English people. Rather he told Tyndale that his house was full and there was no room for another scholar. He advised Tyndale that he should seek a preaching position in London so he would be able to support himself. It appears that these words were spoken kindly by the Bishop but they must have caused great heart burning in Tyndale. How could spiritual leaders be so blind to the needs of the people that they would refuse to grant them the words of life in a language they could understand?

Tyndale did secure a preaching position at Saint Dunstan’s in London where he made the acquaintance of Henry Monmouth. Monmouth also was from Gloucestershire and a member of the Merchant Adventurers’ Company that carried on the wool trade with dealers in Europe. He invited Tyndale into his home and later would aid him in smuggling Bibles into the country.

Tyndale was now at a point where he saw that his purpose could not be accomplished in London. In his own words, recorded in the Preface to the Five Books of Moses, we read:

I understood at the last not only that there was no room in my Lord of London’s palace to translate the new Testament, but also that there was no place to do it in all England, as experience doth now openly declare.

Tyndale made the decision to leave England. He would never return to his native country. We will pick up his story in Cologne, Germany.

Next: The Life of William Tyndale – Part 5: Tyndale in Germany